A Liberty Park Love Affair (with oodles of stats and links) 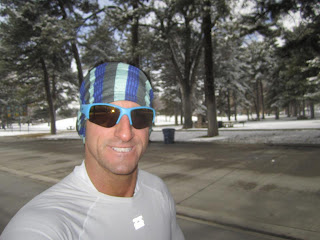 So, I have been saying that someday I would sit down and look at my Excel spreadsheets of running data and see how many miles I ran around the 1.5 mile loop of Liberty Park during the 4-plus years I lived there. I have heard numerous measurements about how far the cement loop is around. To be exact as possible, it is to my understanding it is 1.45 miles, if you hug the outside of the sidewalk. (This also means that you never once had to run around an object or a person or anything else to add some distance to it. I can count on one hand the number of times I ran a loop there without something - snowdrift, dog, other runner- making me veer somewhat, making the loops much closer to 1.5 anyway.)

Now, .05 of a mile doesn't sound like much but for every 20 loops of the park you run you would lose a entire mile if you are calling it 1.5 and not 1.45.  So, while I counted each loop as 1.5 in my log book over the years, I knew there might be some discrepancies in the long run. 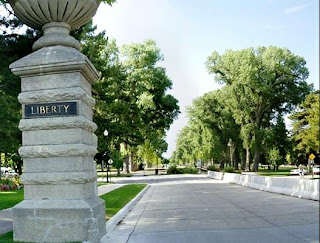 I also knew that while I keep pretty adept records, there are runs in Liberty Park that I did which were not just runs in Liberty Park.  By that I mean I did a run here and there that had loops around LP that weren't immediately recognizable without Excel scrutinizing. As such, these runs added up over the course of 4-plus years and since I would not be counting them toward my total miles run at Liberty Park, they would inevitably make up for the discrepancies of the .05 per loop, if any existed.

So, without any more blathering, I recently totaled my miles of Liberty Park (and I am still sure I missed a run here or there.) From my first run in the park on the morning of February 2nd, 2008 until my last on June 21st, 2012, I ran quite a few miles.

Here is the break down of miles run per year and number of runs. 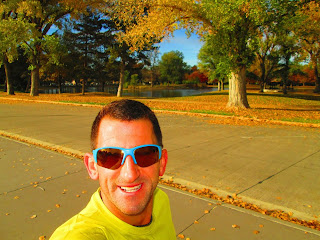 During the same time period, my total mileage ran was over 11000.  Nothing major for some people; astronomical for others.  Nevertheless, that means 28% of the total miles I ran, all over the globe, were run around that 1.5 mile loop. Almost half of the number of times I put on shoes to run (42%), be it for training, racing or anything that was recorded, I did it to hit the big ole park in the middle of downtown Salt Lake City across the street from where I lived. I ran 350 miles up the coast of Oregon. I ran 66 marathons. I ran in Korea, China, various Caribbean Islands and virtually every state. I competed in triathlons, adventure races, sprints, ultras and everything in between.  Yet when it comes to one particular loop, I might know it as well as some of the other runners out there who carry on similar love affairs with stretches of land (the Raven in Miami and Gary Allen on Cranberry Island come to mind.)

So much do I love running here that I still use it as a means to measure distances.  When I am in a race and I have a certain amount of miles left, I break it down into Liberty Parks. Six miles left? That's just four LPs! Easy peasy.


Some facts about Liberty Park I have learned:

* It is not a flat loop.  The southwestern corner actually has a little bit of a rise to it which you really notice if you ride a bike there.
* Riding a bike there and thinking you are safe is a fallacy. 2009 and 2012 as proof.
* You can run literally thousands of miles there and never see the same cute girl twice.
* I have run three races that end at Liberty Park, but never got around to putting on an ultramarathon event there like I wanted to for all these years. I did run 2 separate 26.2 mile runs around the loop on consecutive Christmases and even did a 6 hour solo run there.
* It is a rare day when the sidewalks have not been plowed and/or swept of ice and snow.
* The Sandhill Crane is very vocal in the morning and may scare the crap out of you.
* The carnival scene from The Sandlot was filmed there.  You didn't know that?! You're killing me, Smalls!

So when I say I know this loop, believe me, I know this loop. And if there is a Friends of Liberty Park group, I think I should be inducted immediately simply for this article.

I ran there nearly every morning while I was in school at the U. Half-mile there, around the loop, half-mile home. I run more now, but it sure kept me sane back then! Nice to have a place to run in the city.