Running Will Kill You

Or at least that is what the folks over at All Malaysian Air Coverage, All the Time (formerly known as CNN) will have you believe. More accurately, that is the headline grabber they use to get you in before you realize that not only do they not really know one way or another but they are probably wrong.

Yes, I am a runner so I don’t want to think something I am doing will be harmful to me.  But I always have been one who likes to take myself out of a situation and see if even though I do enjoy doing it, whether it is good for me. (That is why I almost never have had Chicago Bears players on my Fantasy Football team until the past few years. I loved them but they had no one who was going to help me score points. If that isn’t objectivity, I don’t know what is. GO Bears!)

Ignoring a ridiculous statement made later in the article presented, let me just state the facts.

1. The smoking gun in the article is merely research brought up at a conference and has not been published by a peer-reviewed journal. If you know anything about the medical world, this is not saying it is the same as stating UFOs built the pyramids, but someone else is going to need to take a look at the research before we can all sign off on it.

2. The research was done by self-reporting of individuals, something which is notoriously flawed. Think of your friends and how incorrect they are in thinking about how much they eat in a day, how many calories they burn off in exercise, etc. Self-reporting is not something we can trust.

3. We know absolutely nothing else about the self-reporters. We do not their previous medical history, their current jobs, their stress levels, or even HOW they died. Heck, the study itself even states “The study authors could not find a strong association between cardiovascular health or painkiller use and the long-distance runners' shorter life spans, so the reason behind this link remains unclear.” Of course, that won’t stop them from throwing out the “STOP RUNNING! IT WILL KILL YOU!” flag. (Yes, I am exaggerating.)

(N.B. I am well aware they are not saying to stop running altogether. Although the study reports that those who do not run AT ALL still live as long as those who run more than 20 miles a week, which is more or less the same thing.)

OK, now we get to the part that makes my blood boil. Dr. James O'Keefe, a cardiologist at the Mid America Heart Institute, states “We’re just not designed to run 26 miles at a time, or 100, or go on a full-distance triathlon for 12 hours as hard as you can go.” This leads me to a personal story. 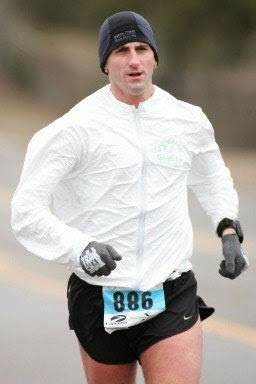 When I ran my 52 Marathons in 52 Weeks I lived in the greater DC area. I was a relative novice to running and there was not a lot of literature out there on how to do this sort of thing. And by “not a lot” I mean “absolutely nothing.” I was a little worried about how it could stress me out, especially since I was planning on running as hard as I possibly could each week. I reached out to a variety of universities in the area (George Washington, Johns Hopkins, Georgetown, to name a few) asking if any of them wished to conduct a study on my body as I went along to get information for, well, science.

The responses I received were what I can only say were guarded enthusiasm. To cut to the chase, it appears virtually everyone I spoke to was very excited to do at least something with me but it appeared that from the top of their programs they were getting the pushback. The crux of the issue was signing off on working with someone who was going to out there and “harm” themselves like I was planning on doing. When all was said and done, I was not able to get anyone to work with me. To be honest, while I was confident in myself, this apprehension from people who supposedly knew more than me did make me a little uneasy. Yet, I went out and did it anyway. Stupendously and with zero harm or injuries, I might add.

When the endeavor ended I actually was contacted by some of those same universities stating that they wished they had done something with me and if I ever did this again they would be interested. You can imagine how hard I laughed at the idea of doing it again. Nevertheless, my point is that somehow, nearly a century after people with far less advances in medical science, footwear and apparel, food and drink did amazing feats of long distance running, we (as runners) still face the “freak” flag from non-runners.

No longer are most people looked at strangely as they run on the roads. Beer cans are rarely thrown from cars at runners anymore. Virtually everyone you know has run some sort of long-distance race. But there is still this backlash against running long distances.

A friend recently told me of their constant interactions with their sedentary, overweight relatives who berate them over their fitness goals and running.  (Why is it always the unhealthiest that like to tell the healthy how to live properly?) This interaction, and literally thousands I have heard or experienced myself of the same ilk, are why the statement by O’Keefe above just pisses me off. 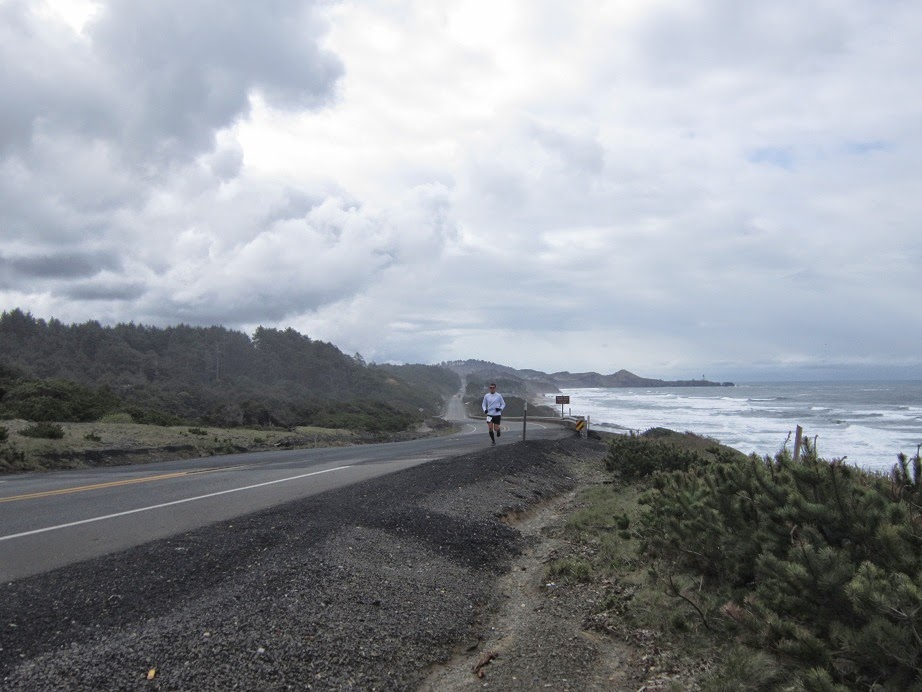 I have spent the past 8 years of my life showing people they can do more than they think they can. Can everyone do 52 Marathons in a year safely? Maybe not. Can they run the coast of Oregon in one week? That’s iffy. How about 202 miles in 50 hours? No. However, many people can do similar things (and some have done longer, faster and better than me!) But you needn’t run hundreds of miles at once to know that the body IS ABSOLUTELY EFFING DESIGNED TO RUN THAT FAR.

I am hoping O’Keefe’s statement was taken out of context or was truncated or something else because it is just ridiculous. I mean, how can a man of science say we are not designed to do something that hundreds thousands of people do each year without detriment? Even if you go to hundred mile races we are still talking thousands of people who do those. 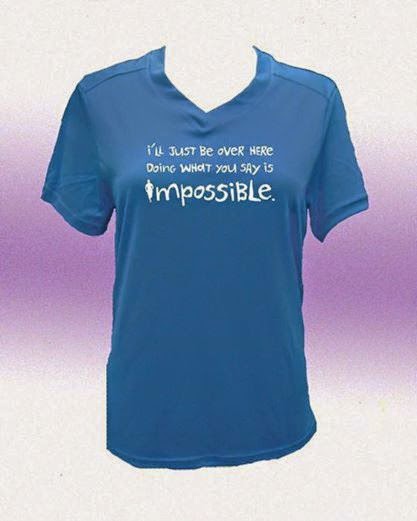 The ultrarunning world is actually experiencing a little infighting as to what is really considered an “ultra” and one of the main reasons is the old guard is a little miffed that regular ole suburban plodders have infiltrated the ranks of the 50 mile finishers. If Suzy Homemaker and Johnny Pencilpusher can finish a 50 miler smiling, it can’t be all that hard, is the thought amongst some. And, to some extent, that is true. It is still a great achievement and one anyone who does should be proud of. But we as runners have shown over just the past decade, how relatively average people can accomplish relatively remarkable things.

So, I suggest you just file this away into your “Full of Crap” file. Don’t worry about dusting it off to re-read it. It won’t be but a few more weeks until the next study comes out telling you it is impossible to do the things you or someone you know has already done.
Posted by Dane at 2:50 PM