Gilbert's Syndrome and Slowing Your Roll

I’ve never been particularly impressed with myself.

I am proud of my accomplishments, I am happy for what I have achieved, and can find solace in the fact that I give as much of myself as possible in my endeavors. But whenever I have been able to accomplish anything in particular, I automatically assume that it must not be too difficult. This holds true even when no one seems to have ever done what I just got done doing. To me it seems they must have simply not had the idea yet. 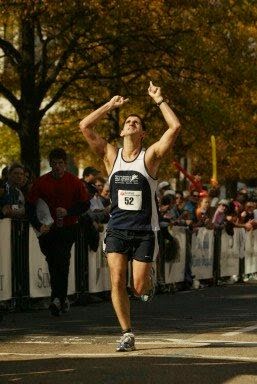 I know, however, that I have done some things most people either cannot or will not attempt to accomplish. 52 Marathons in 52 weekends being one of them. There are times, particularly when I am feeling out of shape after a sub-par workout, that I have no idea how I was able to do those marathons in 2006, especially at the effort I did them (I averaged a 3:21 per marathon setting a nw personal best five times and going sub-3 in the 42nd race of the year.) Since I finished the 52, with the other events and challenges I have put myself through, I have been able to piece together parts of a puzzle to find out how it was all possible. Unfortunately, gaps still remain.

Attribute-wise I fall strongly in the above-average category for many different measurable qualities. But above-average is just about the end of it. I am not in the single digits in body fat. I am not blessed with a high Vo2 max. I don't process lactate at a rate that makes scientists scratch their heads.  But at the same time I won’t fake modesty. (There are few things that irk me more than false modesty.) I assumed that I had the intangibles that take relatively fit guys and allow them to do things relatively fit people cannot do. Then I realized I was wrong.

Recently, I found out that I have Gilbert’s Syndrome. I had known for many years that I have an extremely high bilirubin count. When I was interviewing for the CIA and went through a litany of tests including extensive bloodwork, this very high count was pointed out to me. It was very odd since most people who have such a high count are alcoholics. The problem with that hypoehtesis is that I haven't drank alcohol since 1999.  Simply can't stand the stuff. (And it is stupid to do so.)  But at least knew I had a high bilirubin count. However, as no other questions were asked of me with regard to it (or there wasn't a prevailing belief, I am guessing, that I had been on a bender the night before the bloodwork) I didn't know I had Gilbert's until recently. For the most part, having Gilbert's is not necessarily a bad thing. It isn't good but it isn't cancer.  Most don't know they have it because they do not exert themselves in a way to be affected by it.  For a long period of time, neither had I. Then I decided to start doing extreme athletic events most do not try.

For those who don't know what Gilbert's is, basically, under periods of stress my liver does not filter toxins as well as the normal person does. As such, while the normal person can move on from exercise in X amount of minutes to perform again, I take X plus some more. I can't do what other people can. Or at least, shouldn’t be able to do so. In fact, many doctors would say that someone with Gilbert’s would be unwise to tackle a marathon given how much it taxes the system of even those who are fit.

Blood work done on me after a couple of recently hard, but not all-out, effort races showed my CK levels (a chemical marker of exploded muscle cells) were that of someone who had done something much harder for much longer. The one intangible that I thought I had above others, namely being able to simply recovery faster , didn’t exist. For all intents and purposes virtually everyone should be able to do what I do better than me. 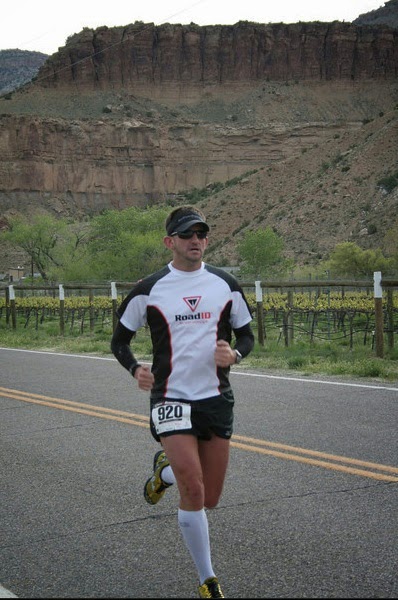 So, what’s my point? My point is not that people should be awed by what I have done. It is the exact opposite. What prompted this article was the 8 millionth reading of a blog, book, article, tumblr, tweet or snapchat of someone putting what they had done up on the impossible pedestal while placing themselves so low. That way, when the pedestal was toppled, they could be revered all the more. Or they attach titles to themselves that sound lofty but are unearned. (One female marathoner I know routinely calls herself elite when she has a 2:56 PR.  That's a solid time but it is no where close to "elite." But if I point that out, *I* am the jerk.)

Let’s not confuse my point. People should be proud of what they have done. I am the first person to stop people mid-sentence when they say they are “only” running a half-marathon this weekend. I keep them from putting themselves down because these achievements should be celebrated.  But they should be celebrated in context. In other words, there is a bit too much back-patting going on in the running world today. Plain and simply, not everyone is a winner.

It is OK not to be the best. Only one person can be anyway. There are degrees of achievement that anyone with an ounce of perspective can understand without needing to make every single accomplishment a David vs Goliath battle. If everything is the most epically amazeballs thing EV-AH then, by definition, nothing is. Funny enough, this could be seen as me telling runners to get over themselves, like Chad Stafko famously said last year (and I replied.) But that is not the case at all. Runners mostly do not need to get over themselves. They just need to get over the need to embellish.

What is ironic is that while I am not impressed with what I do, I am almost always impressed by the achievements of others, especially if I see the effort given. Effort, not talent, has always been a hallmark of what I find to be most spectacular.

So be proud and share your stories. You will inspire others. But don't feel the need to create more drama than already exists.
Posted by Dane at 11:44 AM

Enjoyed reading. Don't know if my last comment made it through. I have gilberts syndrome if I ran a marathon I would probably die

Nice article....but I disagree with one point.....although you didn't specify her age.....a 2:56 Marathon is in the Elite category....most normal athletes will never get there.

Just being not normal does not make you elite, Lisa. It is not even sub-elite. Words have meanings for a reason.

Great read. I concur, it doesn't matter how fast you are or where you finish,it is the Effort that you give.

I am a division 2 collegiate runner, I find it unbelievably hard to run with Gilberts lately. I do however still run an hour a day, and tough it out. Even though somedays my head feels as though it just can't take it. any advice? I'm always tired,