And like that, Badwater is no more. Or at least what made it Badwater in the first place.

In a coincidental turn of events, I recently wrote a review of a book on Badwater and have exchanged a few emails with its author since then. In addition, Badwater has always been on my absolute must do list. (The race is actually in a book I am writing.)  Now, because of the Death Valley National Park’s most recent ruling, it looks like that will never happen, at least in the way which Badwater has been run for decades.

I will admit I haven’t read the ridiculousness that is this decree by the DVNP in its entirety. I haven’t done so mainly because of statements like the following, which show me logic, reason, and actually caring about the health and well-being of people, is not the cause of the new permitting regulations:

“One of the past permitted running events, the Badwater Ultra-marathon, takes place in July. Visitors have questioned why the park allows running events to take place during the hottest time of the summer, when they are advised not to engage in outdoor physical activity. By permitting events to take place during summer months, the park has provided a mixed message to park visitors and other users.” 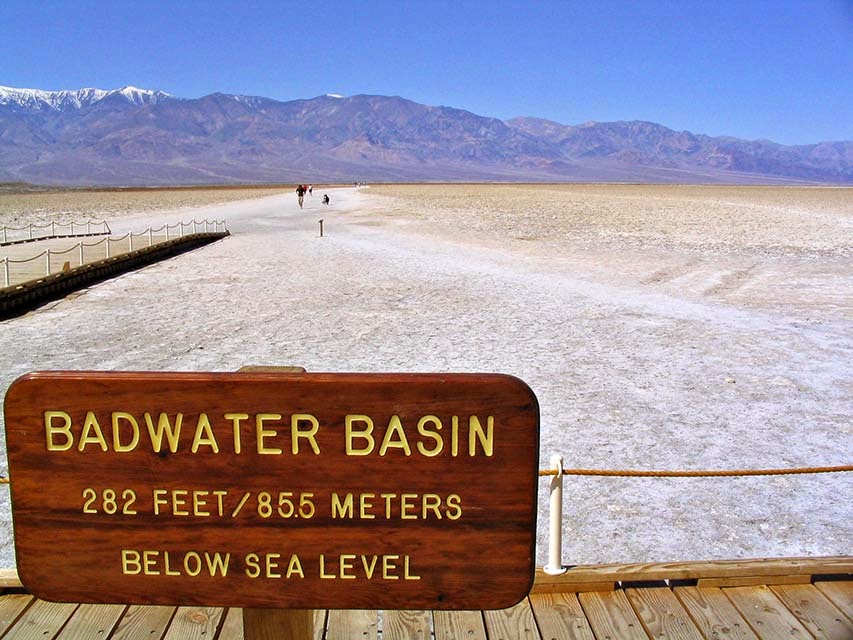 Ignoring that they don’t know that “ultramarathon” is not hyphenated, is the utter ludicrous notion that some visitors have asked why some people can do something and they cannot. Well, because that is how permitting for events, genetics, the law, power, prestige, and about 8 billion other things work in the world we live in. Some people can do some things and others cannot. If that basic fact isn’t enough of an explanation, how about the fact the average visitor is an overweight person who had no idea what it takes with regards to years of highly regimented training specifically designed to get them through the hot dry blast furnace that is Death Valley in July?  Plus, why does the DVNP all of a sudden care about the wishes of a few people who may say "But hey! Why can't *I* do that?!"  Also, why now the sudden concern for the well-being of runners? The race has been run, with a large amount of publicity, for decades. It hasn't been a secret. This paragraph in and of itself is so insipid it is hard for me to go on. But I will try.

The repeated clash between national park people and runners is nothing new.  You can look at the JFK 50 mile race and its caps on participants or virtually any other race (or simply an organized run) which use park lands, for that matter. At some point in virtually all of those races there has either been a threat of a shutdown of an event or an actual shutdown. I don’t know what it is about park rangers but more than a fair share of them can really come off as dicks. They have control over a very small part of real estate but it is complete and total control. As is such with anyone who has power over something finite and limited, they tend to act out of proportion to the actual importance of their job.

For example, I recently ran a race called the Lake of Death Relay. We were told that our entry fee covered our park entrance fee (which it did.)  But when I rolled up to the entrance, a park ranger stopped me. I said to him “We are here for the Lake of Death Relay” expecting him to ask me for a name for verification. All he did was shake his head saying “No.” He said nothing more. I looked at him and paused, not knowing what "No." meant. So I said “Yes, I am here for that.” His reply was that he didn’t know what I was talking about. So, I started to explain the situation and he said I was the 7th person who went through here saying that the same to him. Now I guess the head shaking was more “No, you still have to pay” and not “No, I don’t know what you are talking about” as he said it was. Obviously at a stalemate, I reached for my wallet to pay the fare. As I was doing so, he said “You can pay it or pay the $269 fine” (or whatever it was.)  At no point did I say I wasn’t going to pay or show any belligerence toward the man. I was obviously taking the money out of my wallet. It was 7 a.m. I wasn’t awake enough to be belligerent. But he held the keys to my enjoyment for the day and he would be damned if he wasn’t going to be an ass about it. This is exactly what it appears the DVNP is doing. 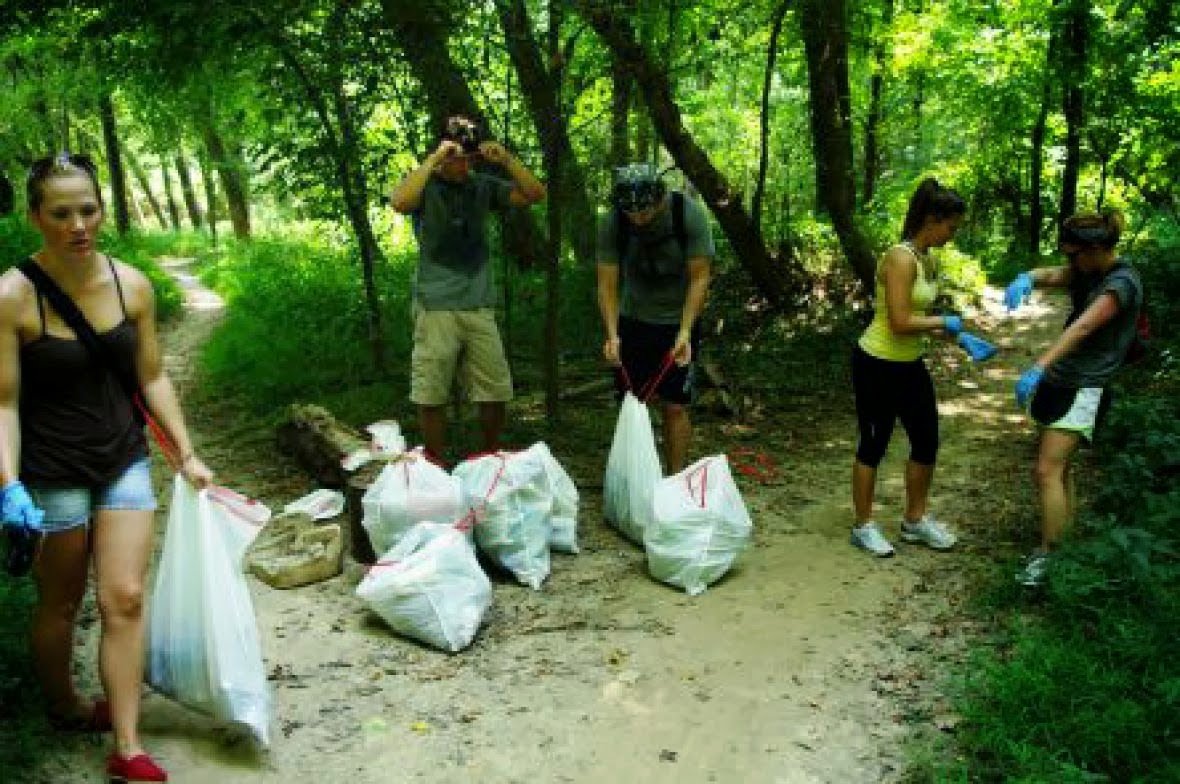 Yes, as runners we sometimes have a holier-than-thou attitude about open spaces and our desired use of them. We are often told to get over ourselves. To this day I can’t see a finely-tailored golf course in the middle of scrub grass or highways and not be bummed I can’t run on it (legally.) However, I know for an absolute fact that runners respect their surroundings more than virtually anyone else and if a race is held in some forest or park, chances are very high it will be cleaner when the runners leave than it was when they got there.

This new permitting issue does not seem to take into account certain things like the economic impact runners have. Death Valley is an interesting place and the locals there that supply travelers have a nice monopoly given the lack of amenities. However, if no one is coming through, the monopoly doesn’t mean a darn thing. I doubt it was too uncommon for someone to walk into a store and say, very Ron Swanson-esque: “I’d like to buy all the ice you have.” You don’t think they are going to feel a massive impact from 200 less runners and their crews with a voracious appetite for food, drink, ice, and lodging? I wonder how the purveyors of these goods feel about a massive chunk of their livelihood being taken from them. But perhaps these locals don’t like the runners. This is entirely possible even though I can’t think of a single reason why.

Other things mentioned in the DVNP decree revolve around items like people properly relieving themselves in the desert or night time events only being permitted during a full moon phase. I am guessing the latter is because a clear night will provide ample lighting. However what happens if the sky gets a little cloudy? Are they pulling the permit and canceling the event? Or are they just being pedantic about rules they just created for no reason?  (The paragraph on bathroom etiquette and the use of “personal portable toilet products” whatever the hell that is, is just as annoying as everything else.) 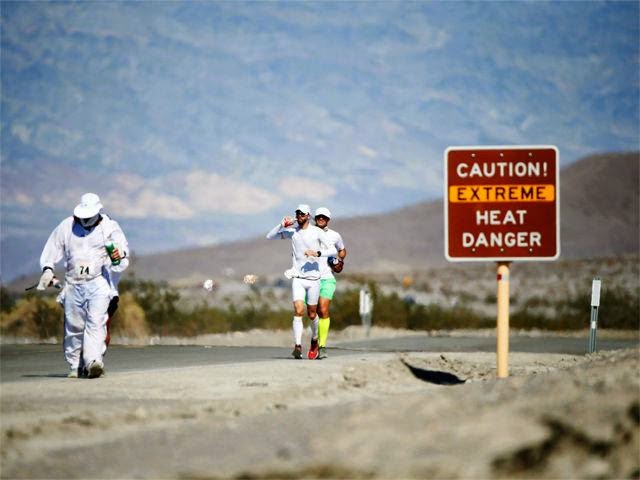 This year’s Badwater course already had to be changed because of new DVNP rules. Chances are great that those who operate Badwater (AdventureCORPS) will adapt again to these new changes and find a way around all the sad “reasoning” put forth by the DVNP in their Manifesto. Yet the problem is when something like this occurs, it is hard not to picture people who had things taken from them as a child are using their powers now to take things back that others might want to borrow for a small period of time. The bullied have become the bullies.

Everything about this permitting issue just makes you sit back and wonder. If there were legitimate reasons for limiting the use of Death Valley, most would understand. Runners are logical assessors of reason, given they are by and large amongst the most intelligent, wealthy, successful subset of the population. But when actions by the DVNP smack of nothing but just wanting to see how many hoops you can make someone jump through to do the activity they want to do, it is infuriating.

Unlike many other long distance events, such as marathons, where virtually no prior experience is required to traverse the distance, getting into Badwater is like a job application. Your average Suzy Homemaker and Joe Six-Pack isn’t going to lose a bet on New Year’s Day and run Badwater six months later. The people who take on this endeavor are the ones who can actually handle it. Why stop those who are most adept to taking on a challenge, from trying to challenge themselves? 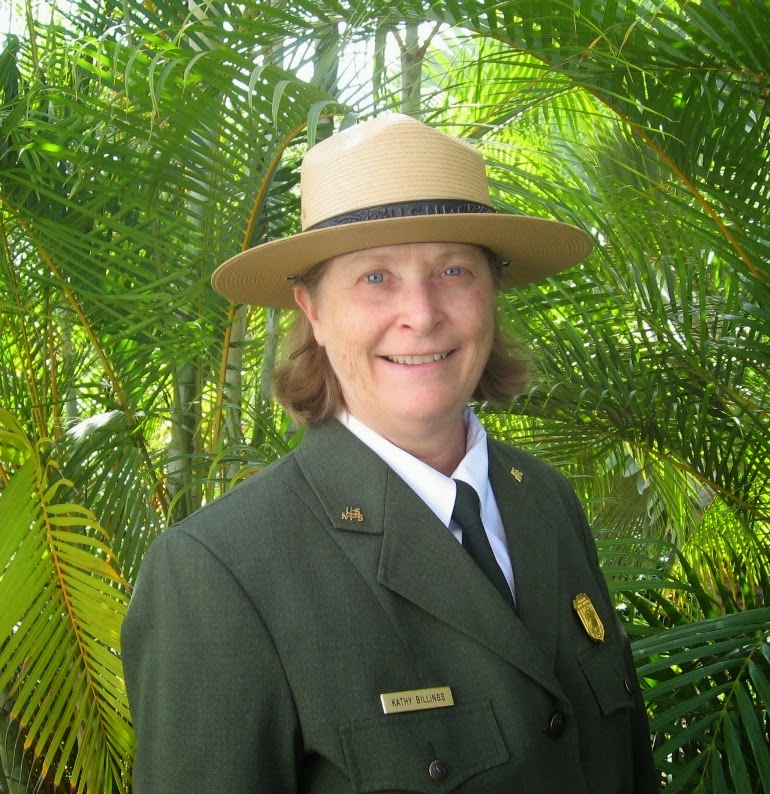 As it stands, things change. Some will always say the “old way” of Badwater will be harder than the new (when you had to also go to the top of Mt Whitney to finish.) I say running the Boston Marathon when it started at noon is definitely more difficult than now when it starts at 10 am. Does it diminish the accomplishment of either?  No.

But the mere fact that people who want to run 135 miles beginning in the hottest place on Earth are finding the hardest thing about the endeavor is dealing with people wearing silly straight brimmed hats is pretty telling of the way things are in the world today.

Let's hope we can fight this and change it.
Posted by Dane at 2:05 AM

guess we all need to carry guns... as congress has allowed guns in national parks... kinda like when I swim in an unheated pool in January people make it their business to stay out of my business

AWESOME RECAP and Post... hopefully they come to their senses

Well said. It's always been a possible bucket list race for me as well. Sucks to have it off the table. But maybe it can get turned around.

Liked your text. Really sad and hard to accept that a mythic event like the badwater 135 is the target of so called "intelligent people who know what is good or bad for you" . We, runners ultra or regular are all touch by this decision. The original will always be special! No matter what!

I have met some wonderful park rangers...but a sad majority are just as you've described. I liken it to some of the TSA agents I've come in contact with over the years. They seem to take their tiny bit of control over their tiny little area and get off on the fact that it is THEIR domain. I understand that both jobs require them to put up with THEIR fair share of @ssholes, too. However, if you're not happy with your job, go do something else. In the meantime, be pleasant, and you'll most likely get pleasant responses.Be a jerk, and you'll likely get the same in return.