Having spent the past month on the road, I knew I was probably shooting for the stars with this marathon. I was tired from travel, work and sundry other things as well. Also, I usually stay away from inaugural races. While it is "neat" to say you ran the first of something, for the most part my feeling is: so what? First run races usually have some growing pains they must go through and I prefer those pains to be someone else's.

But I was hoping for one last shot at a sub 2:50 before my own personal schedule of running and my work schedule more or less made a shot at a VERY fast time something that would have to wait until later this year. Plus, who can turn down a $45 marathon? (well, 49 something or other when you add on active.com's ridiculously exorbitant "handling" fee. Seriously, I can mail a check. Costs 41 cents.)

So I got back to Salt Lake City late Thursday night, went to work Friday and after all was done there, headed down I-15 to Provo, home of BYU university to run the Utah Valley Marathon.

The course itself was a point-to-point course which meant I was going to have to take the shuttle to the start. I had told no one about this race so I could not even have a friend drive me there. With a 6 AM start time (why?!), I was up at 4 AM to catch the bus. Unfortunately, the bus arrived at the start way earlier than I had wished and that meant nearly an hour of standing around. Throw in the 20 degree weather and a wind whipping down the canyon and it was brr indeed.

The race directors had put out some fire barrels and the few runners there were huddled around them. We exchanged banter and one guy said : "So Dane, what are you hoping for?" Andy Browning was his name and we had run the Park City Marathon together two years prior. (His 3:21 left my 3:24 in the dust) What a pleasant surprise this was! I told him my goal and asked his. We both hoped to break 3 hours.

Standing next to me was a stunning visage. It finally occurred to me who it was. The Utah Valley Marathon had mentioned that Miss Utah would be joining the runners. Out of curiosity, I looked her up on the odd chance that I might see her. Well see her I did. Her name is Jill Stevens and you are welcome to read her bio here. But let me add something to that bio.

As an observer of people to begin I watched her interact with the various other runners there. She exchanged witty banter, warmed herself and basically was just "another runner". If anyone else recognized her they never mentioned it. Finally, right before the start, I asked her in a low-key voice if her name was Jill. When she replied in the affirmative I followed-up by asking if she was Miss Utah. While you could see pride in her eyes for having been selected to represent this state, you could also see that she was happy I had not made a big deal out of it amongst the other runners. She was just there to run. Awesome stuff. This picture below doesn't even do her justice. 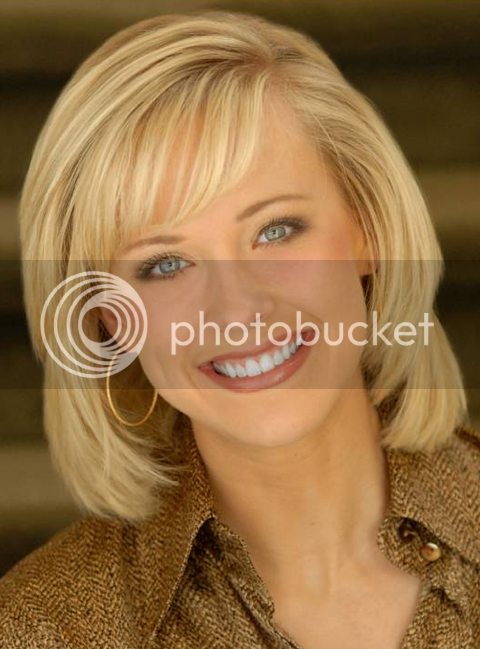 When he race started at promptly 6 AM, I soon found I was in the lead. This lasted for all of 250 yards. Then two gentlemen passed me. There goes any thoughts of winning the $1,000 first-place prize. The course

consisted mostly of the Provo River Parkway. As we traversed down this bicycle/running path, I could tell it was very similar to the Custis Trail that I ran oh-so-many miles in DC. Here is what we would see on a normal day.

However, at 6 AM this is what we saw:

At mile 2 another person passed me. Now I was in 4th. Well, crap.

Around mile 4 or so we left the trail and hit the streets of Provo. In the distance I could see 2nd and 3rd place. First place was long gone. Nondescript miles followed before an unexpected hill at mile 5. Looping through parking lots and the occasional construction site, I was confused as the 2nd place runner disappeared and then reappeared behind me. I think he made a restroom break. He quickly distanced himself from me.

Around mile 9 I could see the cushion I had built on first few miles of downhill was eroding.

While my "address" is Salt Lake City at an elevation of 4400', I can hardly say I have lived here much. As such, the elevation was taking its toll. The minute cushion I had when I hit mile 5 was now gone. Even the relatively flat sections of the course (with the occasional risers) was sapping time away from me. I was unsure if the sub 2:50 was going to happen.

A course snafu sapped some more energy and another unexpected monster of a hill appeared in front of me. I got through that and was back on the Parkway soon for almost the remainder of the course. When I hit the halfway point at 1:26 or so, I knew a sub 2:50 was in serious jeopardy. A few 6:55 minute miles confirmed that as I was giving all I had and losing time.

However, in front of me appeared 3rd place. I had been tracking him down since mile 12. Here at close to the 18th mile, we was just a few yards in front of me. Wearing headphones I knew he couldn't hear me so I wanted to wait until an opportune time to pass him and possibly demoralize him. I did not think I necessarily had the kick left in me to race him all out at the end. but at mile 18, he stopped at the aid station and I had to pass him. Um hello? Follow MY plans, please!

Now I had to be the front runner and cut the wind (what there was of it). For the next 4-5 miles, the course followed a dirt road with plenty of ruts and stones. It skirted the outside of an airport to our left and Utah Lake to our right. 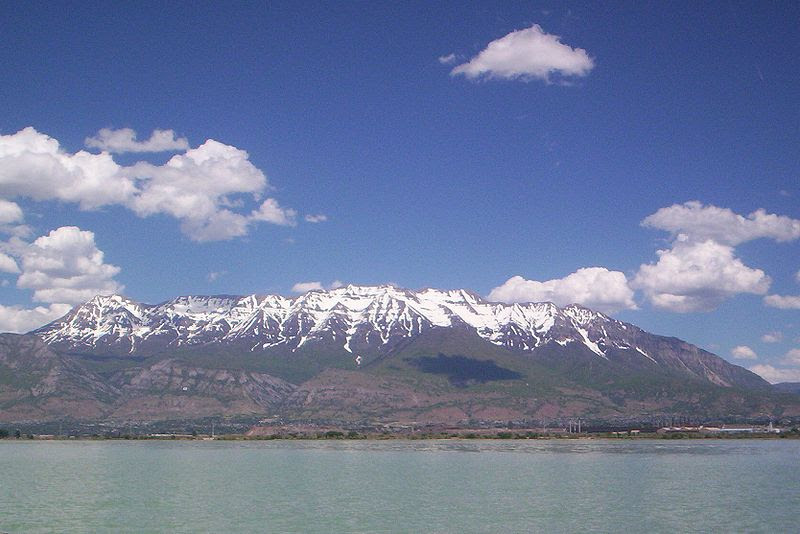 Speaking to the race director afterward, he asked me what I thought of this section. I told him while I was sure it was pretty to see (he seemed very proud of this section) with my mind on the course and its ruts I wasn't viewing the scenery too much.

At mile 22, with my head on a swivel the man I had passed had caught up, a volunteer said: "Way to go!! Fourth place!"

FOURTH?!?! What the hell happened to third? Now let me add here that at mile 20 I had seen the guy who I thought was in second place, scramble up off of the trail 10 yards ahead of me. I have no idea what he was doing laying on the trail but I don't think he was cheating. there was really no way to get out there on the narrow course unless he had driven with a volunteer. Now the reason I was concentrating so hard on third place was my other goals were shot. As I pulled away from the guy I passed, it was only because I was maintain speed and he was losing it. I thought I was crushing 6:30 miles and they kept being 7:05s.

Rounding a bend at 23, I looked back and saw that another runner had passed the runner I had at 18 and was gaining ground. I literally said, outloud, "Hells no!". While my previous miles had slowed all the way to 7:30 ish (I say "ish" as mile 21 was obviously in the wrong place as it was way fast and 22 was WAY slow) I hit the next mile in 7:10 and then the final mile in 7:17.

More importantly, I held off the guys behind me and came in third place (the volunteers at 22 obviously miscounted). I breathed a HUGE sigh of relief (I know NO place worse than 4th and experienced that at the Washington's Birthday Marathon last year).

While the winner (who ran away with the field in 2:37) received $1,000 for his work, 2nd place (who ended up beating me by 2 minutes) and I received "just" gift certificates. While very nice and I would never poo-poo any award, I think it would serve the race best if some sort of distribution of the funds was given to the top three ($600, $300, $100 for example).

Having said that, my third place trophy/plaque is a treasure I will be glad to share with all. In my 75th lifetime marathon, I finished well under my goal with a time of 2:58:50 (awaiting official times) but took home some hardware. While my final kick made 4th and 5th finish a little further behind than my constant imminent terror described above may reveal but there was stiff competition out there.

Awesome blog and congrats on your
finish.

Job well done and congrats on the hardware!

Did you give Jill *your* name?? You never know who she has or doesn't have. Congratulations on a great race. I am really proud of you. But, I still don't like secrets!! :)

Way to go this was a tough one. I ran this one as well and found that the dirt was hard on the body at that late in the race. I agree with you on the money, even know I took home the 1000 buck for the women. I told Hyrum he needed to split up the purse. He said he would for next year but had already advertised it that way so he didn't want to change it.
josse @ josse.fastrunningblog.com

Congrats on a strong race Dane. Not sure I would have enjoyed running on a "rutty" surface during a marathon unless it was a true trail marathon that I had signed up for.

Good for you, great running and such a good story!
Have a wonderful race in Boston!

Congrats, Dane on a well run and hard fought race.

And I agree with Scuba - you never know, now do you?