One of the greatest things about running are the numbers. In a world of constant flux, numbers are permanent and something we can always fall back on. Granted, sometimes they can be too controlling and make us a little more obsessive than we should be, but the measuring stick they provide us makes running so unique. 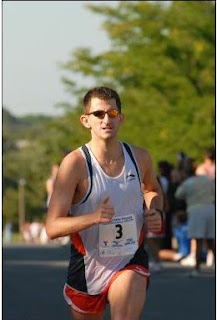 The numbers I am referring to for this post are the miles I ran this year.  Back in 2006, while doing the 52 Marathons, I raced 1362.4 miles (52 times 26.2.)  For the entirety of the rest of the year, I only ran 409.1 other miles. That means 77% of my running that year was spent in the middle of marathon races.  That is obviously a ridiculously high percentage of racing miles and never one I expected to repeated.  As I have only really been keeping track of miles since 2006, I did not have much to go on in terms of how many miles I should be running. But I know I ran way less than in 2005 and 2004, when my running career really began, than the 1771.5 I ran in 2006.  As such, with this upward trend, I fully expected and planned to continue adding more miles to my yearly total each year.


Funny thing is, Life doesn't much care about what your plans are.

Now, I say that little line about "life" but I have to admit, Life was pretty good to me in the next few years.  In 2007, I ran all sorts of different races and distances. In fact,  I only ran 8 marathons the entire year.  I recently ran into a runner at the Richmond Marathon expo who was surprised I had "only" run 104 marathons in my life.  In his mind, if I had done 52 in one year, I assuredly must have done more than 52 others the rest of my life.  Well, only do eight in 2007 partially explains that.  Only do 12 in my life prior to the 52 explains it even more. But 2007, amongst its many challenges, also presented me with the opportunity to run over 2,000 miles in one year.  Not a huge amount at all, considering I have friends who have run double that in one year, but it was a milestone for me.  And even though I raced in 32 races in 2007, my racing mileage was only 587.59, or 28% of the 2112 miles I ran in 2007.

Looking back, I have no idea how 2008 happened as it did.  I moved across the country to begin a new career.  That career did not workout so I had to start a completely new career.  From scratch.  In the beginnings of one of the worst recessions this country has seen in in half a century.  Yet somehow, I went from 2112 miles run in 2007 to 2886 miles run in 2008. I had made a goal of running 3,000 miles for the year but was still quite happy, even though I fell a little over 100 miles short. I had made a 37% increase from one year to the next and still had accomplished most of my running goals for the year, including a new personal best in the marathon. 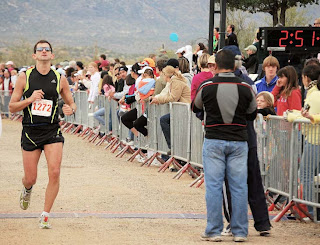 I am now entering the waning days of 2009.  I felt for sure this year would have me well over 3,000 miles.  But Life finally caught up to me.  First in the case of racing many more marathons and then with the rear fender of a car taking me out in August.  With under 90 miles for August run, my already lower-than-2008 average took a nosedive. Throw in the fact that I increased my marathoning to what will be 21 Marathons and the simple math that more marathons means less running on non-marathon days and I am destined to finish way down fro my projected goal.  In fact, I will be shocked if I run 2,400 miles this year.


But this year I have set a new marathon PR, beat 70 of 300 teams of 6 in a 100k relay by running solo, perfected my Charity Chaser, paced dozens of runners to their first BQs at numerous races and set the grounds for even more in 2010.  The numbers still point to me continuing to enjoy running, continuing to get faster and continuing to purse new adventures while pushing my own envelope. 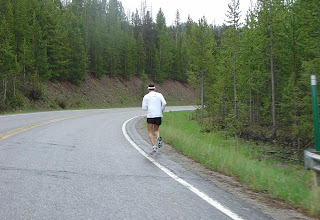 And that's all we can ask for from this wonderful sport.