Pasadena Marathon is next

After taking a "break" from running marathons for two weeks with a 33 mile DNF at Rocky Raccoon 50 miler and a win and course record at the Iron Horse 50, I head to sunny Southern California to run the Pasadena Marathon this weekend.

My travels this year have taken me to many places that should have been warm (Florida, San Diego, Mississippi, etc) but have left me a little on the chilly side.  Fine for running but not so much for anything else.  Fortunately, Pasadena looks great this weekend for race weather and I am excited to be speaking and signing books there as well.

Having good weather is obviously what every race wants but the Pasadena Marathon deserves it.  Its inaugural running in November of 2008 was canceled because of the horrific wild fires in the greater Los Angeles area last year. With the recent spat of weather related cancellations in marathons back East, I have had many friends come to me and tell me they now realize how precarious and lucky I was to run 52 consecutive weekly marathons back in 2006.  Sure the mileage was hard and the working full-time was as well, but it was the simple fact that I somehow avoided every race cancellation that year, which is what makes the feat so impressive.  People who are trying similar things seem to be understanding that now.


However, when the poor Pasadena Marathon was socked with rain last year in the Spring when it tried to do a re-do of its November race, it just seemed quite unfair! 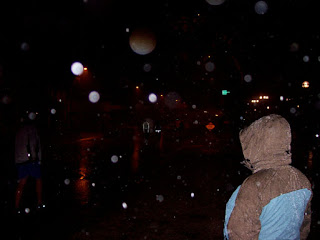 While the day ended up being rather nice, I think the fact that clear skies and good temperatures are being forecast for this weekend is the way the weather gods are saying: "My Bad".

As I mentioned, I will be doing a speech on Friday at 1 PM and Saturday at noon at the Pasadena Civic Center where the expo will be held.  A pleasant surprise for me is that I get to reunite with a high school friend who I haven't seen in over a decade, Christy Kassidy.  It will be wonderful to catch up with her and see exactly where her life has taken her.  Christy was a diver on my high school swim team and then at Penn State, when no Women's boxing team was available, she joined the Men's!  And still came out the other end looking just fine. 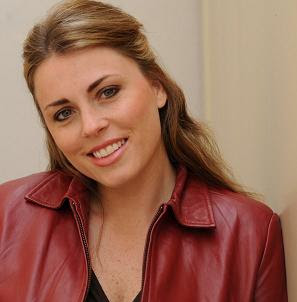 Christy will be taping my speech and putting together a professional done DVD for me to use as part of her work in television broadcast and production (I am sure I have murdered what she actually does but I think that is close enough!)  All and all it should be an exciting weekend.

I hope to see you either at the expo or out on the course.  While I plan on using this as a training run I am sure I will run into someone who has a goal that I might just be able to help them achieve.  Run happy, friends!
Posted by Dane at 12:07 PM