The problem with injuries is that human bodies are not like machines. Well, they aren't when you are 36 years old, at least. A car breaks it, well, whatever (I am not a car guy) and you replace that part. After replacing that part, 99%of the time the car works exactly the same as it did prior to that part breaking. However, if you break something in the body, once the part is healed (which is never as easy as putting in a new muffler) you have to deal with whatever backstep you have taken during the healing process.

I am currently in the throes of that healing process. With my shoulder having been beaten up a touch in a bike accident recently, I can say I am rather close to where I was prior to that accident in that department.  This means I have a relatively full range of motion and my strength is returning. Everything else, however, is sort of in the crapper. I wasn't expecting to bounce back immediately but I definitely wasn't expecting for the recovery process to take this long. 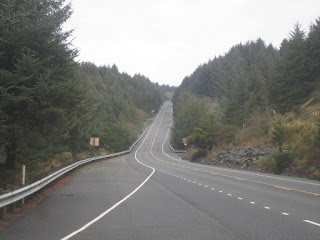 When you throw in the fact that just when I felt I was getting back to some semblance of my running-self, I had a setback with a calf twinge (Dane note: which ended up being a partial achilles tear, I learned much later), that complicates matters even more. Fortunately, I have oodles of perspective not only from doling it out for years but by so many personal examples I see and interact with daily.

Here's the thing - setbacks suck. In fact, the majority of people who try to get into shape do not fail from their lack of desire to do so. Rather, they fail because setbacks are very difficult to deal with. Crawling your way out of a hole, only to slide back some every now and then just makes a person want to give up and keep sliding.  The thought process is why should I have to work so hard just to get back to where I was already when not working hard at all is easy as pie. So we have to come up with ways to make sure we can deal with setbacks.  Here are a few. 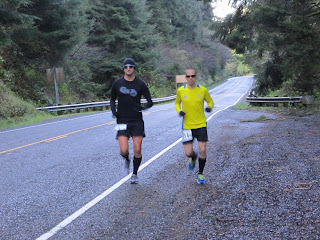 1. Involve others - Whether it is by including friends in a running group into your goals or letting your loved ones know what you are doing, do not go it alone. Rarely does one's plan go from A to B without detours. If others know what you are doing then when you have setbacks they can remind you of your end goal. I often state my plans and goals publicly, not because I seek the attention but because I can be held accountable. I do not mean this in a negative way but I know if my own motivation fails, those who wish me well will remind me of the end goal.

2. Allow for change - If you realize that your straight line planning is going to have more turns than San Francisco's Lombard Street, you will be less likely to be deterred when you hit a curve. In fact, sometimes a setback will push you in a direction beneficial to your endgame. With me, I have wanted to become a better cyclist. Yet, I don't particularly enjoy cycling and if I was able to run would probably avoid it. Now, instead, I am forced into the saddle. Perhaps all of this will lead me to not only excelling on the bike but enjoying it as well. Only time will tell. 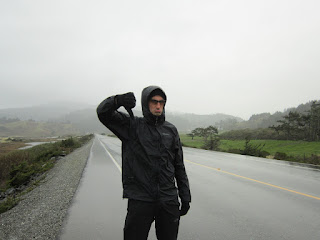 3. Manage expectations - Running long distances is more or less an exercise in injury management.  Staying as injury-free as possible is an entirely difficult article. However, realizing that in order to succeed you'll have to have a healthy dose of reality is good thing. Obviously, keep pushing for things beyond your grasp, but don't go too crazy all at once. There is plenty of time to go crazy in little bits over a long period of time. They call it "ultramarathons."

Basically, as with all things we simply must keep a positive attitude. Positive thoughts may not make a bone heal any more quickly but negative thoughts just make you a miserable bastard to be around. Then you will be alone which violated rule #1 above.
Posted by Dane at 12:07 PM

Hey, Dane. I hear ya'! Sure hope you mend quickly. In the meantime, embrace the fact that you can move on a bike. It was perfect timing for me to read about setbacks because I, too, am in the saddle these days while trying to figure out the cause of a weird leg weakness that has completed halted my running. I am so grateful I can cycle and am now signed up for several century rides over the next few weeks. :) It ain't runnin' but at least it's somethin'. Take care.

Your comments came at the right time for me in what I am going through. Yesterday after doing 5 marathons and over 30 half marathons in 4 years I was told that my sore knee could be some serious problem and that I had to stop all training for any marathons and do MRI's etc. In the uncertainity that I woke up today, I was happy that you shared your thoughts and have made me realize that there is always hope. Thank you, I hope you heal quickly.