In April I made my first ever trip to the state of Idaho, with a book signing at one of the premiere running stores in the area: Shu's! And you needn't take my word on it as whenever I mention Shu's both Bill Rodgers and Dick Beardsley tell me to give my best to the owner. That's a ring endorsement if I have ever heard one!

I too showed my support for Shu's (and they for me), when I ran the 62 mile Sawtooth Relay as a solo runner back in June. Wearing his trademark socks, hat and shirt for a vast majority of my run I bested 70 of the nearly 300 teams of 6 running the near 100k! 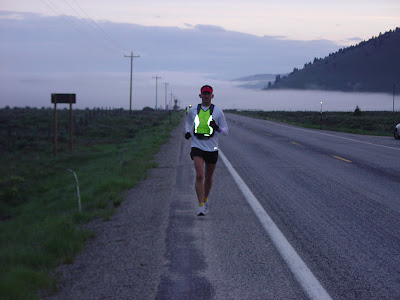 As such, I am quite pleased to be back at Shu's today to be signing copies of See Dane Run once again at his Idaho Running Company store. While the original intention was also to lead one of his many Thursday night runs, I may have to sit this one out given my recent shoulder injury. Fortunately, it is not my signing hand, so if you are in the area on Thursday, come on down to Shu's!

On Saturday, I follow-up my signing at Shu's by heading over to See Jane Run (not a typo but a similarly named store to my book) to sign copies of my book from noon until 5 PM.

As SJR will also be having one of their biggest sales of the year, there is no better time to get your new fall gear, stock up on whatever it is you need to get out the door running and get your own copy of See Dane Run.

As Keli C. from Thunder Bay Ontario says:
"Your book - I have just finished it - I enjoyed it completely. I was wishing I was on this journey with you. It sounds like an amazing thing." I have learned to never argue with people from cities that have the word Thunder in it. Just a personal choice.

See you in the Gem State!