I am excited to announce that I will be once again starting at the absolute back of the pack and then chasing down runners to benefit charity. This time, it will be at the Mississippi Blues Marathon, in Jackson Mississippi.

You may recall from an earlier blog that I started this year off in Jackson, making not only my first ever marathon in Mississippi but first ever trip to the Magnolia State. While we had uncharacteristically humid weather for the race, even for January, the wise runner looks past weather to rate a course and how it is run. Having now been involved with actually running races, designing courses and also directing marathons, I do my best to see a race from all angles. From the very beginning I could see the MS Blues Marathon people want to make this weekend fun and enjoyable for every single runner there.

As such, when I was asked back to take my Charity Chaser role to Jackson, I jumped at the chance. We are working out the details about how my legs will benefit those in this wonderful state but I could not hold off speaking about how excited I am that I will once again be heading South come January. An on top of everything else, I get to once again spend time with my friend Bill Rodgers. 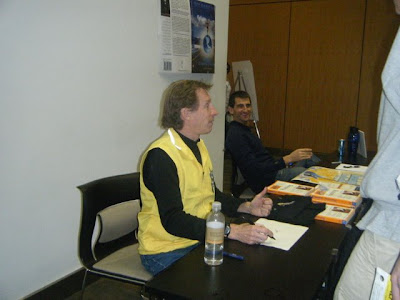 More details will be posted as they are confirmed, but I hope to see all of you down in Jackson this January! Should be a fantastic time!
Posted by Dane at 9:46 AM