On July 19th-20th, my good friend Larry Herman will be competing in the 20in24 race in Philadelphia.

Larry asked me if I could help pace him at this event as he attempts to run 100 miles in a 24 hour period in the Ultra Marathon Option known as The Lone Ranger. Following an 8.4 mile loop, his goal is to complete 12 of these loops along the Schuylkill River near the famed Boathouse Row in downtown Philadelphia.

Normally, it is one the hardest things in the world for me to contemplate going to a race and not competing. But for one, I have my own race coming up just 3 short days after this one, and as such am able to keep my desire tempered.

But a reason even greater than that is my desire to help Larry. Larry and I have know each other for well over two years now and he is one of my favorite people on this pale blue dot. I do not get to see Larry as often as I would like but every time I do it is like he has dropped a few more dress sizes (No, Larry does not wear dresses but if he did, he would have dropped them).

You see, Larry has been on a quest to lose weight, get healthy and keep it off for as long as I have know him. His drive started before we even met. He estimates that in 2001 we weighed at least 315 lbs. He says it might have even been more but he never found a scale that went beyond that or tried to get on one that did. 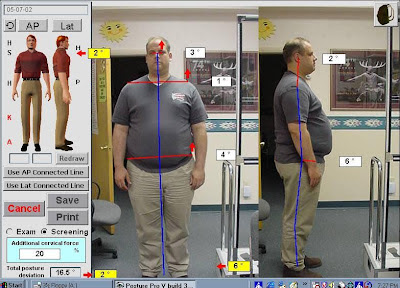 As of today, while he is not the absolute lightest he has ever been ( he said he dipped briefly below 200 before a trip to Las Vegas), he is very close. His guess is that he is around 210 right now. More importantly, he is racing and running and feeling great. Here is Larry just a few weeks ago sprinting against a much thinner man at the end of a triathlon. Look at the determination! 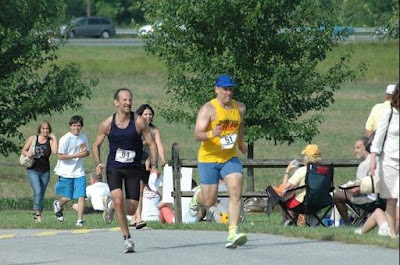 So, if you are out and about Philadelphia on July 19th-20th, stop by and cheer Larry on to a stellar finish. And bring the music from Rocky.

How did you friend make out? It was SOOOO hot. I only had to do two loops and it was way more than enough for me!