So here, just a few days after I nipped a little bit at Alanis Morrisette for creating an entire generation of kids who had no idea what the word "ironic" meant, I am here to praise her. If you did not know, Ms. Formerly-on-You-Can't-Do-That-On-Television (which I adored as a precocious pre-teen growing up in the late 80s) will be running the Bizz Johnson Trail Marathon next weekend in Northern California.

More importantly than just another celebrity taking to the 26.2 miles that we all know and love is the fact that she will be raising money for the National Eating Disorders Association. Running for charity is obviously something near and dear to my heart. As such I am always wary when I hear of anyone, especially a celebrity, doing so. However, like it or not, when a "non-runner celebrity" does take to the roads, it is going to raise more money and more awareness than any of us non-celebrities. Which is why I am glad Alanis is running for such a worthy cause and one so completely tied into the sport of running (even if she did not know it to begin with.)

Chosen because of her own battle with eating disorders as a teen, this issue is indeed one many runners, mostly female, deal with frequently. It is estimated that for every extra/excess pound of fat runners carry, it adds 2.5 seconds PER MILE. If you are carrying an additional five pounds, over a marathon distance that adds up to the tune of five minutes and twenty-seven seconds. Yep, 5:27 could be cut off by losing just 5 simple pounds! Now I can guarantee you, to many runners in the shorter distances, looking for every bit of an edge possible, this is not new news. And battles against eating disorders in women at young ages in the track and cross country sports are rather rampant, due in no small part to this fact.

Fortunately, great strides are being made in the education of runners in this arena, but the wounds of many still run deep. Earlier this year I spoke about the female winner of the Ogden Marathon in what I thought was a very flattering way. To quote myself, I said:

"At the awards ceremony after the race I remember remarking that the female winner of the marathon did not have that "usual" look to her. She looked a little older and perhaps, just a smidgen heavier than your usual winner. Now, please let me clarify my use of the comparative adjective here. The winner did not look "old" or "heavy". Not one bit. Not one single iota. I am calling her neither old or heavy or anything negative. Simply -er on both of those words than the usual winner. You know, enough that it gives you pause."

In spite of doing everything possible to clarify I was in no way disparaging the runner for not being a waif, a reader of mine laid into me about pointing out supposed negatives in this winner while championing another runner in a later blog who was more on the thin side. This boiling down of my thoughts could not have been further from the truth and after a discussion the obvious underlying problem came to light: the pain of having to deal with an eating disorder as a younger female athlete was still there in her mind many years later.

So this is a wonderful cause that Alanis is running for, even if someone needs to grab her and shame her and tell her that she needs to
1. Buy some wicking material to run in and;
2. Ditch Pegasus-themed running wear.

Her efforts, regardless of the money raised, will bring a little more awareness to this problem to those who don't even know it exists. That alone will make me forgive her for a horrible use of "ironic" even if it may not erase the fact that her seminal angst-ridden hit "You Oughta Know" was written about (not "by", as some of my readers seem to be misreading) Dave Coulier. Seriously. 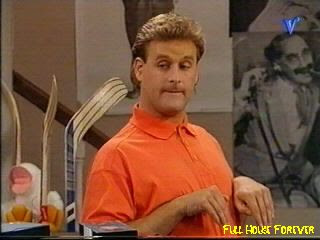 Thanks for highlighting such an important issue. As a female athlete I never realized how distorted my view of female athletes' bodies was until I went to work one day and saw these two women with incredible bodies. They were thin and had incredible muscle definition. They were also polished and put together. I was envious. That day I was working at a behavioral medicine research group and I quickly (but not automatically) realized that these were women with anorexia who were using exercise as a compensatory behavior.

I think as women we are socialized to want to be thin and minimize fat and carb intake as a means of meeting that goal. As an athlete I hope that women would realize the function their bodies can serve as opposed to the form that they take and see food as nutrition and fuel and not just enemy calories.

I saw you at the Top of Utah expo and didn't visit your booth because I was feeling a little shy. Then I saw you the next day running the course backwards cheering us on. I did hear you :) and gave you a peace sign, it was all I could muster. I can't wait to read your book. I wish I would have spoken with you at the expo. Maybe next year.