Sometimes you cannot ignore the scenery.

I have often stated, I do not care what the course looks like as long as it doesn't run near a rendering plant.  My focus is usually on the ground 10 feet in front of me.  However, at the Napa to Sonoma Half Marathon, one would have to shut off all of their senses to not enjoy the view deep in the heart of wine country.

Even as a teetotaler, I had a glorious time both at the expo the day before and during the race itself.  The thing with a race of this nature, and one Destination Races fully embraces, is that people are there to have a good time.  Sure they are there to run fast (as is evidenced by three African's running blistering times for the top three places) but the emphasis is on the enjoyment.  And enjoy we all did.

Just as Team in Training has seemed to adopt the marathon in San Diego, the Crohn's and Colitis Foundation of America almost took over the race here just north of San Francisco. With almost 1/3 of the finishers having the distinctive Team Challenge orange singlet on, there was a carnival type energy coming from those here to run for the CCFA.  Always great to see so many people out there running for a reason which is personal to them.

Personally, I wanted to see if I could get under 1:25 for the day and maybe, just maybe shake some speed back to into my legs after running the 202 miler back in April.  I figured I would start out shooting for a 1:23 and see what would happen.

We were delayed at the start by about 12 minutes are so as a bottleneck of cars of runners who eschewed the free (and very nice) bus transportation made the narrow road to the start quite congested.  But these extra minutes just helped grow the anticipation and runner-friendly atmosphere a little more.


I knew the race began with a quick downhill and then the most significant hill of the course all in the first half mile or so. As such, seeing a slightly slower than what I was going to try and average for the race (6:15) for the first mile was not a problem.  The second mile was obviously a little long in where it was marked but when the third mile evened things out I was pleased. As mile markers need not be certified, I wasn't too bothered y tis.  It as just a hindrance as my body has not adjusted to running speed again and I wasn't 100% sure if I was hitting my marks where I wanted to.  Then again, if in doubt as my Dad says, just run fast and get it over with!

But by the third mile, the clocks, mile markers and my body told me I was right on pace.  The morning had started bright and sunny and forecast was for over 90 degrees later in the day. However, as we left the valleys of Napa we quickly ran into the morning fog which would stay with me for the vast majority of the race. 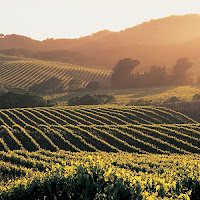 I was feeling a little sweaty but did not mind at all.  It was no where near the heat and humidity of a week ago in Utica and I was a happy camper.


With the second hill coming around mile 6, I decided to just go with the flow for the next three mils and see what we had in the tank for the second half.  Around mile 5, a pair of women running step for step passed me.  I was pretty sure they were the lead women and was surprised it took them so long to catch me!  I was already beginning was to feel a little bit of the strain of the pace and knew that a sub 1:22 was out.  Perhaps 1:23 was a goal I could salvage.


Talking to runners at the expo they repeated the same thing I have often heard when I run shorter distance races: "Oh, this should be a piece of cake for you!"  they don't realize that when it is a shorter distance race that, well, you should run faster.  And these legs were never really fast to begin with and they most assuredly have lost a little zip in the days post 202 miler!  Nevertheless, I do think the same way about myself and fall into a little trap of trying to will myself to faster speeds, even when I know the energy is not quite there yet and the persistent annoying niggle in my Achilles is alwasy keeping me from fully letting loose.

As two runners passed me right around the 15k mark I should have been disappointed. I had probably be in the top 25 prior to that but I was still happy.  Why?  Well, in the middle of a half-marathon, the first 15k had been faster than it was a week prior in the 15k race in Utica.  Little surprises like that make you feel pretty good.  Considering I had spent the entire day before the race standing and signing books in the bright beautiful sun (and have a wonderful redneck to prove it) I was quite pleased.  (If you think this is easy, by the way, I do invite you to come join me some day!)  The biggest redeeming factor of sacrificing energy (and layers of skin which should be peeling away any day now) is the loads of fantastic people I get to meet and the wonderful stories they share. 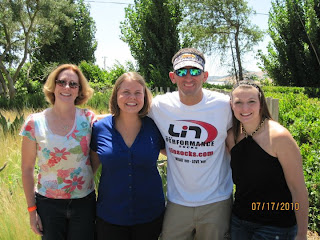 
Right around mile 10 I was passed by two fantastic runners,  Terry McCluskey and Christine Kennedy.  Terry ran a 2:51 this year at Boston.  Not too shabby.  Oh yeah - he is also 61 years old.  Hailing from Vienna, Oh, he is not too far from my neck of the woods in Titusville, PA.  An extremely affable gent I couldn't have been happier to have been been passed by him. 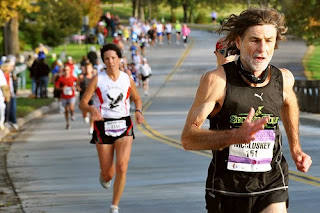 Then again, getting passed by Chris Kennedy, originally from Ireland and a holder of a 2:35 marathon PR was something I didn't mind as well.  A sweetheart of a woman, her time of 1:25 was good enough for fourth female overall.  And she is 55.  Right now you can close your mouth.  You can also stop making excuses for being too old.  Thank Terry and Chris for that!


As we neared the finish I decided to see if I could close the distance between myself and the few runners who had passed me.  With half of a mile to go I saw some of the runners who had finished were already coming back to me for cool down jogs.  I knew there must have been a huge contingency of fast times in this race and I was right.  View results here. On the straight away down Broadway street we could see the finish line right in front of the Sonoma City Hall. 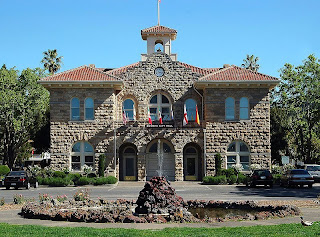 The day before I had met a nice runner from Minnesota who told me he was shooting for a 1:25 himself.  Just after I finished, Scott himself finished getting his 1:25:59. Given the fact that he was easily 6'3'' and probably over 200 lbs this was quite an accomplishment.

The post-race festivities were nearly as enjoyable and fun as the race itself. It felt as if everyone was in town just to run and have a good time.  The vibes were so good that I on the spot signed up for the inaugural Oregon Wine Country Half Marathon to be held over Labor Day weekend just south of Portland, OR.

If the Oregon race is just one half of the event that this was here in California wine country, they will have yet another sold-out event that will have people clamoring to get in!

Hope to see you all there in just few weeks!