Learning things about one's body is the most important thing in sports.  You cannot move forward if you are not constantly learning what works for you.  For me, the biggest revelation I had when it came to running long-distances was that I sweat profusely.  Heck, I don't even have to run long-distances for that to happen.  Throw in humidity and forget about it.  You can wring me out like a washcloth.

Finding a product that really helps you replace the electrolytes you lose in this process while adding as few negative things to your body as possible is a hard thing to do. Fortunately, I have happened across just such a product- NUUN. 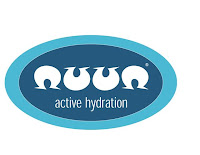 I had tried NUUN on and off again for years but it was at the Boston Marathon this past April where, as luck would have it, my booth to sign books was across the aisle from NUUN.  With a long three day expo I was often quite thirsty and couldn't go far for liquid refreshment.  The NUUN people kept me quite quenched and this began a long discussion about their products and what it does for runners.  You can read more about what NUUN's science is about HERE.  For me, the proving grounds were just around the corner.

They old adage of never trying something new on race day is a smart one.  And I have to say I sorta broke it.  Sure I had never raced with NUUN before but I had drunk about 2 gallons of it at the expo in Boston.  Given a sample to try even more, I figured I might as well give it a go on the ultimate battlefield- my solo running of the American Odyssey Relay just one week later. As you can imagine if you read the title of this blog- it worked with flying colors for me.

So, it is with great happiness I announce today I am partnering with NUUN to use their product to continue to rehydrate me.  No sugar and no carbs, just electrolytes. Let's see where it takes me!
Posted by Dane at 10:11 PM