Well this must be the week for marathons starting with the letter "M"!

With so much going on, I am having trouble keeping up with all the changes lately. I do know one thing for certain: come the last weekend of October, I will be once again back in the greater Washington DC area. this time I will be spending some time with my good friends at the Georgetown Running Company.

The GRC has always been supportive of my running efforts and were one of the very first to get behind Fiddy2 long before I proved I could even do multiple marathons in a month. As such, I am super pleased to be working with them at the Marine Corps Marathon expo where I will be signing copies of See Dane Run and telling everyone how happy I am to promote such a stand-up company. 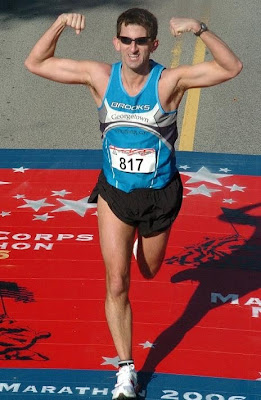 As the GRC fields some terrific runners (including the first American to win Grandma's Marathon in like a decade and a half) many perceive that the store is for just that: elites. Well, I can tell you from first-hand experience, going from a novice to an experienced marathon, all in a very short time, I can thank the GRC for helping me get under way. 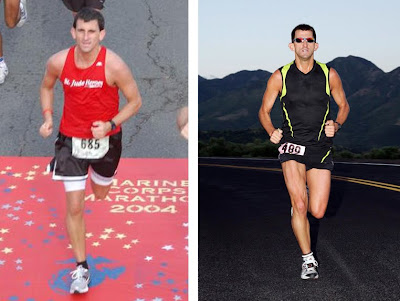 They work with every level of runner and actually do fantastic work with people just starting a running program. One of the top things they do is a running group for all types of skill levels. In fact, the Wednesday before the Marine Corps Marathon, I will be both joining that group and signing books at their location on M Street right in good old Georgetown. I haven't been in DC in over a year and I am fervently looking forward to catching up with all my friends -both running and non.

While I haven't decided if I will be once again toeing the line at the marathon itself, I hope that those who do will enjoy one of my favorite marathons out there. It is the only one I have run 4 times!

Stay tuned here for more info on where and when I will be in DC as the plan fleshes itself out!
Posted by Dane at 12:13 PM

Very cool, Dane, and you should definitely run.

If you do make it to Atlanta (do I need to talk to someone to get this going?), please let me know. You are welcome to stay here (especially since it is over Turkey Day) and enjoy some bird with us. (Of course, I am heading to MD on Friday to run the North Central Trail Marathon on Saturday.