Happy to be running 100 miles in North Carolina

Ever since my first and only (so far) DNF (that's "Did Not Finish" for you not too familiar with running acronyms) at the Old Dominion 100 miler (I had to call it a day at mile 87. Ugh. That said, I still wrote the definitive course description HERE and hope that if anyone has anything to add, they let me know), I have been itching to get back to the 100 mile plateau. 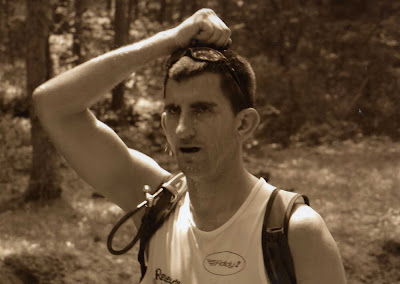 I thought I had some potentials lined up for this fall but small shufflings of dates made me run into problems with conflicts of previously arranged speaking engagements and some 100s I really wanted to do. (See, all those who think I am lucky? I miss out on just as much as I get to do!)

So, as I plotted and planned the Umstead 100 Mile Endurance Run loomed as something I very much wanted to do. I wanted to get that first 100 miler under the belt and I thought it would be best to (hopefully)(I am using a lot of parathenticals in this post. Not sure why) get a fast 100 under my belt as well. They don't get a whole lot fast, as least trail-wise, then Umstead. The problem was way back when I had the desire to sign up earlier this year, I had to wait until September to even enter the fast-filling, first-come, first-serve online registration. So I waited months and months and then the night before the registration opened (which I had completely forgotten about- it always seemed forever away) I received a reminder email. Well, good thing.

I did get int bu the 200 slots fo the 2010 Umstead 100 mile race filled up in 5 minutes in 25 seconds! Holy Crap. People are begging and pleading and clamoring just for the chance to run 100 miles. I take solace in times like these when my more sedentary friends feel I am a lunatic for wanting to do what I do. At least there are more lunatics out there now right? 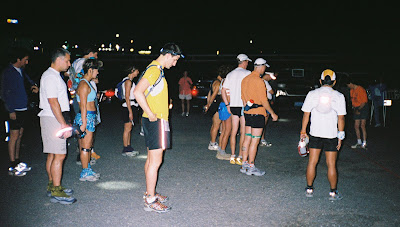 If you made it in like I did, I am looking forward to running through the trails of North Carolina with you and sharing this wonderful bonding experience. See you in March! 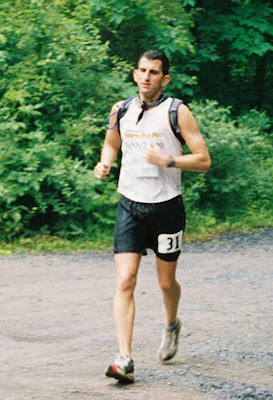 We met last week briefly in the Tetons - I paced Ashley on her 4th lap.

Glad you also got into Umstead, it is a great event, I also got in. This is my hometown race - I look forward to seeing you here.

Best of luck! And for some inspiration and motivation, check out this video -- ahamoment.com/pg/moments/view/7216 -- about one man's "aha moment" experienced during a 104 mile race and how it changed his perspective on life. I think you'll enjoy it.