Life is funny. After having never been to the state of Idaho before in my 33 years, I have been all over it in the past few months. From book signings to running the Sawtooth Relay solo I have spent a fair amount of time in the Gem State. This past weekend was no exception as I occupied my time as a guest and speaker at the St. Luke's Women's Fitness Celebration.

As the logo says, this race as been a fixture of the Boise, ID landscape for 17 years. The brainchild of Anne Audain, (the phenomenal New Zealand runner who won more road races during the 80s than any athlete male or female) this race is now America's largest 5K for Women. To be asked to participate in the weekend's festivities was indeed and honor.

A few days before the race, we were treated to a great film about Anne's life. Following her struggled and changes throughout life was both inspiring and uplifting. Meeting Anne and spending the next few days kibitzing about the running world was even more of a treat.

As is always the case at these races, I run into someone who touches my life. At this race there were almost too many to count. But the winner of the Steal Dane's Heart Award goes to little 11 year old Natalia. I met Natalia at the movie presentation and immediately was in awe of her poise, grace and intelligence. We spoke at great length and I found I was more impressed with her communication skills than I am with many of those who are far closer to my own age. Natalia has her own one mile run this upcoming Tuesday for the Presidential Fitness Award and I know she will be reading this so please leave a comment and wish her good luck! 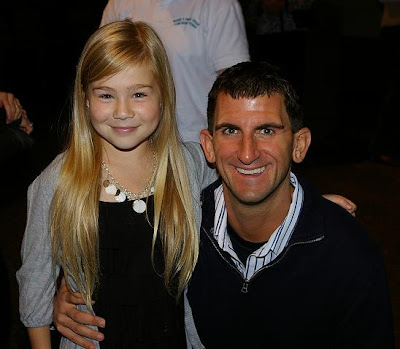 The expo and the race were both pretty marvelous. I killed some time talking with Jared of Subway fame and ran into some old friends. I also made plenty of new friends as those putting on the Women's Festival were indeed special and made everyone feel welcome. On the morning of the race I was honored to ride along in the lead car and got to watch such running greats as Elva Dryer as she tore though Boise. Elva personally contributes her resurgence and desire to run again to this particular race. she had retired from running and it was this 5k which put her on the roads again. Two Olympic teams later and I would say that was as mighty fine road!

Heck, 15,000 women runners is never a bad reason to go somewhere in short shorts. Plus, with stores with names like Sleep With Grace, you can never go wrong. 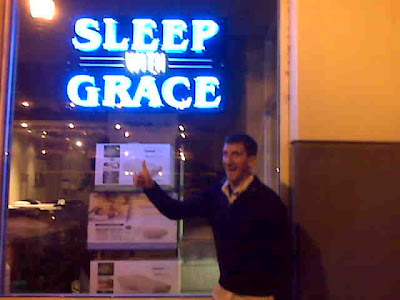 Best of luck on your race Natalia! Have a blast!

Good blog, Dane. :) It was entertaining today. We're glad you are enjoying yourself in our great state. :)

Good Luck Natalia! Have fun and enjoy your race!

I remember watching my daughter Laura run her first mile for the Presidential Fitness award 12 years ago.

Good luck on your run and have fun every step of the way!

Thanks Dane! You are welcome back in our fine state anytime. Natalia is inspired by you. Thanks for being such a positive influence.

You will do great Natalia!
You always bring a smile to my face. :)
God bless, Mr. England

Have a fun time running your race! An entire mile is a long ways to go. Have fun! And keep running faster than all the boys. Holly

Natalia:
I am not surprised by any of the comments about you! If you can smile after the whole mile, you'llknow you've done your best, and I know your best will be great!
Rob R. from Mt. Hermon

I have to agree with you, Natalia is one of the neatest kids we've ever met! We feel so blessed to be friends with her and her family. Best of luck on your race Natie!!!
Love, The Lind Family

Dane, Thanks for the nice comments and it was great to meet you too!
Yes Natalia is a treasure.
It will be wonderful to follow her own life story as she grows up!
Safe travels